Your breeds in the Newsletter

Now you can receive brief and clear information about your breeds. The new Newsletter from Swissgenetics has been designed to meet your specific needs.

Are you already a subscriber?

Then click here and register again. New with your selected breeds.

Then please click here and compile your own personal newsletter.

tfe. The dam of TINO (Silvio x Silver x Aikman), Rinderweids Silver TOSCA, is a high-yield daughter of the sire Seagull-Bay SILVER and was classified as VG-88 in the third calving and as EX-90 for udders. TINO’s grand-dam, BT Aikman TORPEDO, is currently in her fourth lactation and has already manifested a life-long output of over 50,000 kg milk and is classified as EX-90.

The full hereditary profile of TINO manifests no negative breeding values. TINO sires an average milk yield of +679 kg with high components of +0.30% fat and +0.15% protein. He also sires the kappa-casein variant BB. His IFF of 117 points is very balanced, with high individual breeding values for calving daughters (131), longevity (123) and somatic cell score (122).

These values promise functional cows that will grow old. However, TINO’s biggest strength is his conformation heredity. He records an ITP of 147 with an even higher udder composite of 149, making him Number 1 in Swiss bulls for this trait. Also his limb dimension score of 129 makes TINO one of the highest sires in the range.

These figures have also been confirmed internationally. For example, in Canada TINO recorded +15 for conformation with an udder composite of +14 also making him one of the absolute top sires in this breeding value system. 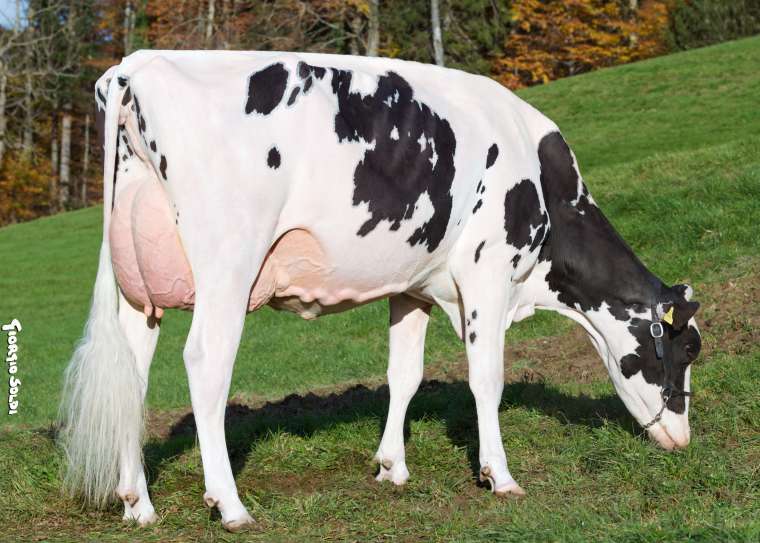 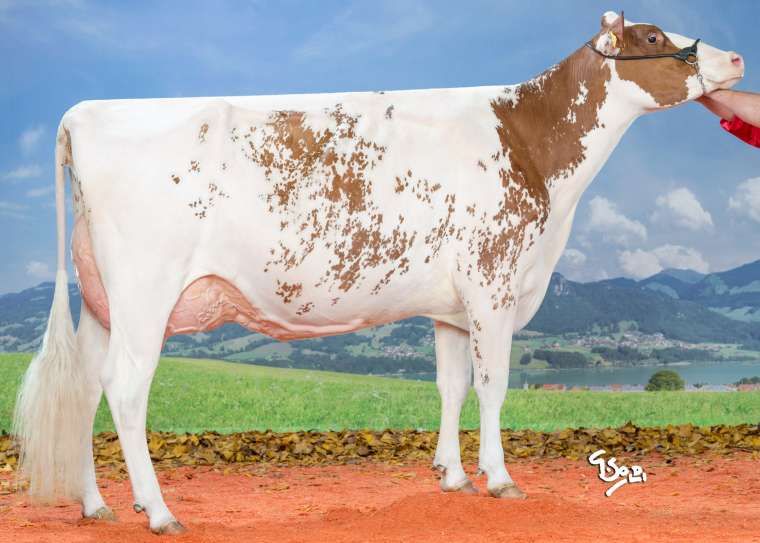